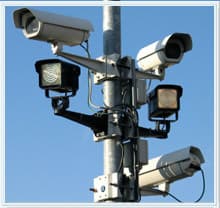 Perimeter Protection For Your Property Safety

Perimeter protection is the way of giving security to any property or private spaces around a certain location. It is designed with a primary purpose to either keep intruders out or captives contained the area the boundary surrounds. Perimeter protection system in San Diego is a perfect interaction of mechanical and electronic components in terms of crash rated gates, wedge barriers, bollards, detection fencing as well as boom barriers, turnstiles, sliding and swing gates in aluminum and steel 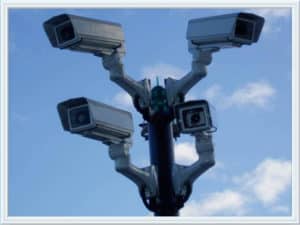 These are the premium perimeter protection that is useful and can provide a maximum security against intruders. Perimeter protection security San Diego is known for protecting military bases and installations, embassies, airports as well as public institutions and industrial sites like colleges, churches, and big companies and factories. Many government based sectors are protected by this security features that is not just known for protection but also in the field of safety measures. It will protect your entire land on which you are situated once install this perimeter accurately.

We all know that San Diego is very prominent and continually growing because of its tremendous towering establishments, it is the place that everybody wants to visit because of its well-developed feature that is why perimeter protection system San Diego is tighten. The continual growth of the place should be in safety because sometimes we didn’t know when are these intruders will attack. There are many unwanted instances that occur especially on today’s crucial happenings that we can see in television regarding unpleasant events on cities and in open public places.

The perimeter protection supplies safety from inside of the building up to the gates or fences reached by the perimeter of any body of the property. San Diego perimeter protection can be an example of tight and close defense from danger and unexpected harm. A well-rounded city requires a well-rounded opportunity in terms of safety to safeguard not only the property that stands on it but of course to ensure to guard the person living and working there.

San Diego as a Safe Place

“San Diego as a safe” place might be an odd phrase to listen or read to. Safety can be everywhere, and crimes can be anywhere. The main point is that the safety not just comes only from us but it also came from other people around, we might get caught by unintentional luck happen to other and take ourselves to danger as we go with them. Without our notice we are already heading to undying tragedy.  Whether you are going to swerve your way out of the disaster, time can still tell if what is going to happen next. Taking care is still the virtue once we move our way out of our door steps. 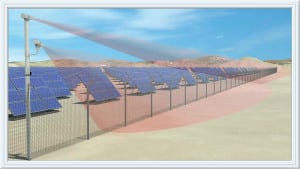 Safe place not every place. San Diego is one of the best places in the world where you can feel the comfort of happiness, excitement and never ending thrill. This place is already a prominent city that other dream to go through. For them to protect their place of paradise, they make sure that the visitors will come back so they secure this perimeter protection San Diego that can be useful on both local and international tourists. If a place is loved by neighboring towns, cities and countries, then the folks living there should take an extra care for their lovely visitors coming back and forth. San Diego is eventually a safe place to live, to visit or to stroll. Government, public and private sectors on the local city are assuring a perimeter protection security in San Diego so that the place will become even safer to stay.

This perimeter features are not ordinary in San Diego for which we can see that the place is already reaching the par of excellence through economic state, employment, education, governance, technology, labor and science. Perimeter protection system of San Diego can assure you that there is nothing to worry about when you are under any establishments because there is a maximum security for everybody, but what is the most important is to rely on your personal safety wherever you go.

If we pay attention to perimeter protection San Diego, we add a layer of defense to protect what is with us even before an intruder break or attack into our home. Securing a home safety is too limited especially when every members of the family has their own personal activity day by day like the father is working in an office, the mother is out for an enterprise, and the children are at school. This is the usual set up or scenario that takes place in every home in San Diego and even in many places in the country. Installing a perimeter protection system San Diego is a big help if this scenario is often happen in a places where homes are usually left with no one around.

Tall walls cannot help to maintain total security in our homes. Yes, we can consider it a perimeter security already but nobody will stay inside having a wall taller than your house. Remember that burglars are capable of climbing walls. Solid walls can give you privacy but remember that it makes you blind of seeing the burglars outside. Total and maximum security can never be an issue anymore once you have this perimeter protection security at home.

You got the chance to leave anytime you wanted without even worrying about the next thing to happen on your home once you leave. Bad persons and intruders will be alarmed and see that they enter a wrong house to steal something. Perimeter protection security San Diego is useful to everybody to have a very safe place to live and a secure surrounding to stay. People can now sleep at night with no doubt and worry nothing about the danger. Perimeter protection system in San Diego is highly recommended in every home, establishment, buildings of hotels or business sites. This can help protect the place from any harm brought by malicious acts and rude intentions.

Indeed, at the end of the day people can breathe freely without feeling the anxiety and nervousness because they are well protected because of this perimeter protection.